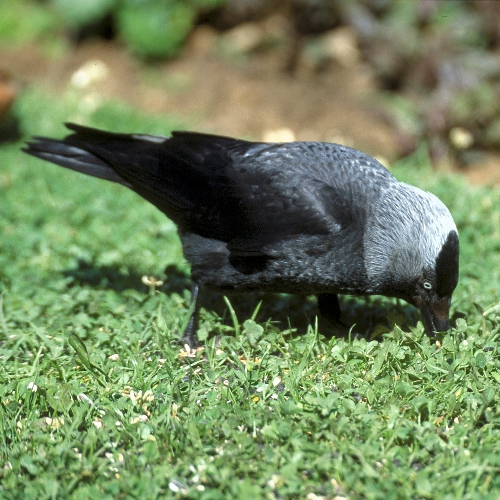 The European population, of this bird, has been evaluated as secure.

The smallest of the black crows, this grey and black bird has a distinctive grey neck and pale grey-blue eyes. Its black plumage has a slight blue/purple sheen. Males and females are similar but juveniles are duller and their eyes are less distinctive.

Nesting: Built from large numbers of sticks and lined with hair, bark, rags and earth.

Call: The famous 'tchak' call that gave it its name.

Characteristics: The Jackdaw is quite sociable and will mix with other species. It is also attracted to populated areas. It is an acrobatic flier and flocks will often rise and fall together in flight.