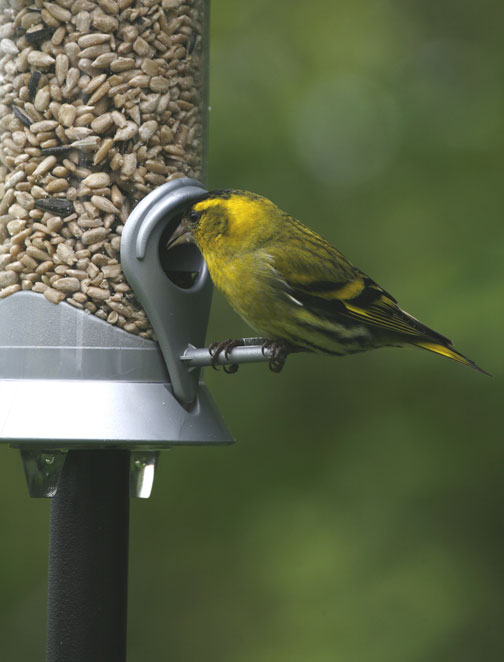 We can help you to encourage and help wildlife no matter how big or small an area you have. From a window box to a large, mature garden, there’s always something you can do to invite wildlife in to share your space.

Wild birds are the easiest wildlife group to watch as they readily share the environment with us, and they are also among our most attractive and fascinating animals. If you want to see a range of colourful, engaging birds in your garden it helps to provide a choice of good quality food. The brighter, more acrobatic bird species such as the tits and finches have a more energetic lifestyle than pigeons and sparrows and need to eat food that gives them the extra calories they need. Providing these foods on a bird table or the ground will also encourage Robins and Blackbirds, as well loved for their song as they are for their appearance and character.

The food can be a vital lifeline during times of shortage such as very cold weather, but will also help birds and other wildlife to stay within an area throughout the year by giving them a dependable source of food they can rely on, and giving you the pleasure of seeing the birds throughout the year. Bird feeding is a rewarding past time and not only is it very enjoyable but it’s also of direct benefit to the birds.

Over the years some species of birds seem to have responded very favourably to our well-stocked gardens. As early as the 1970s there were reports of Siskins, a species that was normally only seen in large areas of coniferous forest, being attracted to peanut feeders in suburban gardens. In most areas Siskins are now a regular visitor in late winter and early spring, particularly where seed mixes rich in sunflower hearts are available, often being joined by Lesser Redpolls, the latest species to take advantage of good quality bird food.

Another species that has shown a particularly strong response to supplementary feeding is the Blackcap. This warbler has a beautiful song and was originally purely a summer visitor to Britain and Ireland, but some birds from Central Europe (Germany, Switzerland and Belgium) started to spend the winter with us instead of making the long migration to the Mediterranean. Since the 1970s the numbers reported from gardens have increased fourfold, taking advantage of our milder winters and well-stocked bird feeders. They prefer to feed on berries, sunflower-rich mixes and peanut cakes, not leaving until spring has arrived in North West Europe. Being able to time their return to match the local climate, combined with a shorter return journey, means that the Blackcaps that spend the winter with us can return to their breeding territories about two weeks earlier than birds that have made the perilous journey from the Mediterranean, and are therefore breeding more successfully than the longer distance migrants. 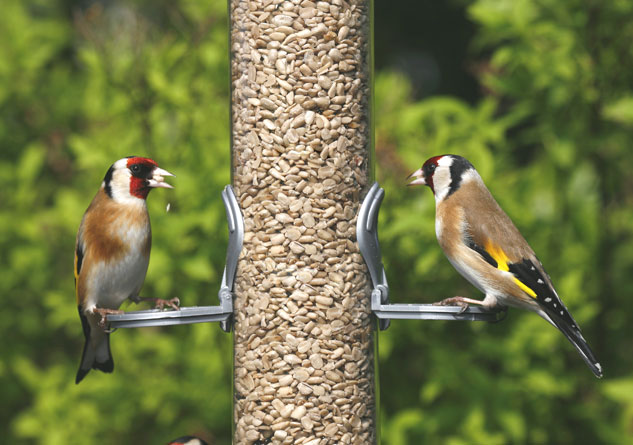 Blackcaps, Siskins and Lesser Redpolls aren’t the only species that have benefited from dependable supplies of good quality bird food. Goldfinches reversed the decline in their numbers within just a few years of the introduction of sunflower hearts and Nyjer seed, and in rural areas Reed Buntings and Yellowhammers often start to visit bird feeding areas in late winter as natural food supplies run out. Before the days of black sunflower seeds, sunflower hearts, high energy mixes, peanut cakes and mealworms (all introduced to the bird food market by us) a typical garden in the 1980s could expect to see no more than 17 species using the feeders over a year. More than 80 species of birds have now been recorded regularly using our foods (130 plus if you count rarities) and many gardens routinely record over 30 in the course of a year.

Providing supplementary food all year round doesn’t just help the wildlife, there is a growing awareness of the positive benefits of a connection with the natural world for human health and well-being, with some studies suggesting that the effect on conditions such as mild depression can be at least as effective as medication.